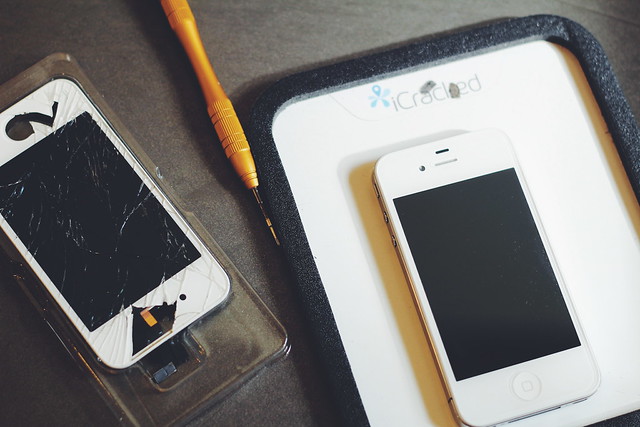 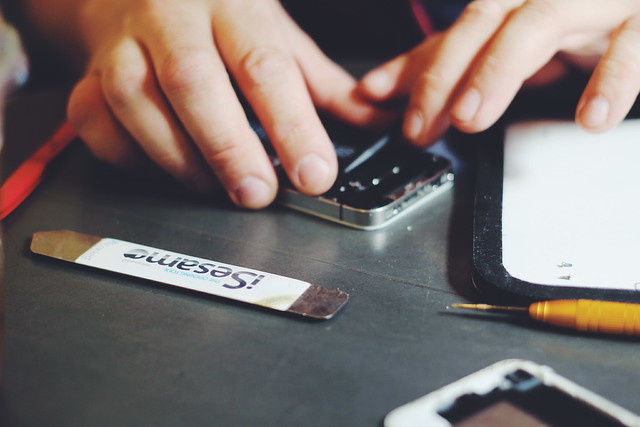 The horror scenario: You drop your phone, you get the spider app for free. Great.
You can’t get an immediate appointment at the Apple Store for reparations. Super Great.
You are forced to walk around with a broken screen for weeks. Tripple Great.

Now, I love the Apple store, but I absolutely hate getting appointments there. Whenever something is wrong with my Macbook Pro I can never get an appointment in the same week, let alone the week after and it’s dreadful. The Genius Bar is always fully booked. Don’t even let me get started on trying to get an appointment for an iPhone. ugh!

I discovered a new service from Silicon Valley (btw anyone watching that show?? So obsessed! haha) called iCracked which pretty much is an instant repair on demand service. They’ve recently expanded their services to Germany and last week I had the chance to try it, because I’ve been running around with a broken screen since last Fashion Week. I booked an appointment, which was super easy. Depending on how many at service, you can have them come to wherever you are right away. Your favorite coffee spot, your home, school..

Reparation takes 20-40 mins depending on the damage. Mine only took half an hour. My repairman was super nice and we met up at Starbucks right around the corner just after my driving lesson.

iCracked doesn’t only replace your broken screens (btw not only iPhones – iPads, iPods and Samsung phones as well!), the service extends to much more such as water damage, jammed power buttons and broken home buttons, cameras and battery. On top of that you get a lifetime warranty.
Pretty rad if you ask me!

Bye Felicia, bye broken screens and hell yeah bye forever waiting times in Apple Stores.
So who is still running around with a broken screen? You know where to get it fixed 😉

Huge thanks for saving my day, iCracked!