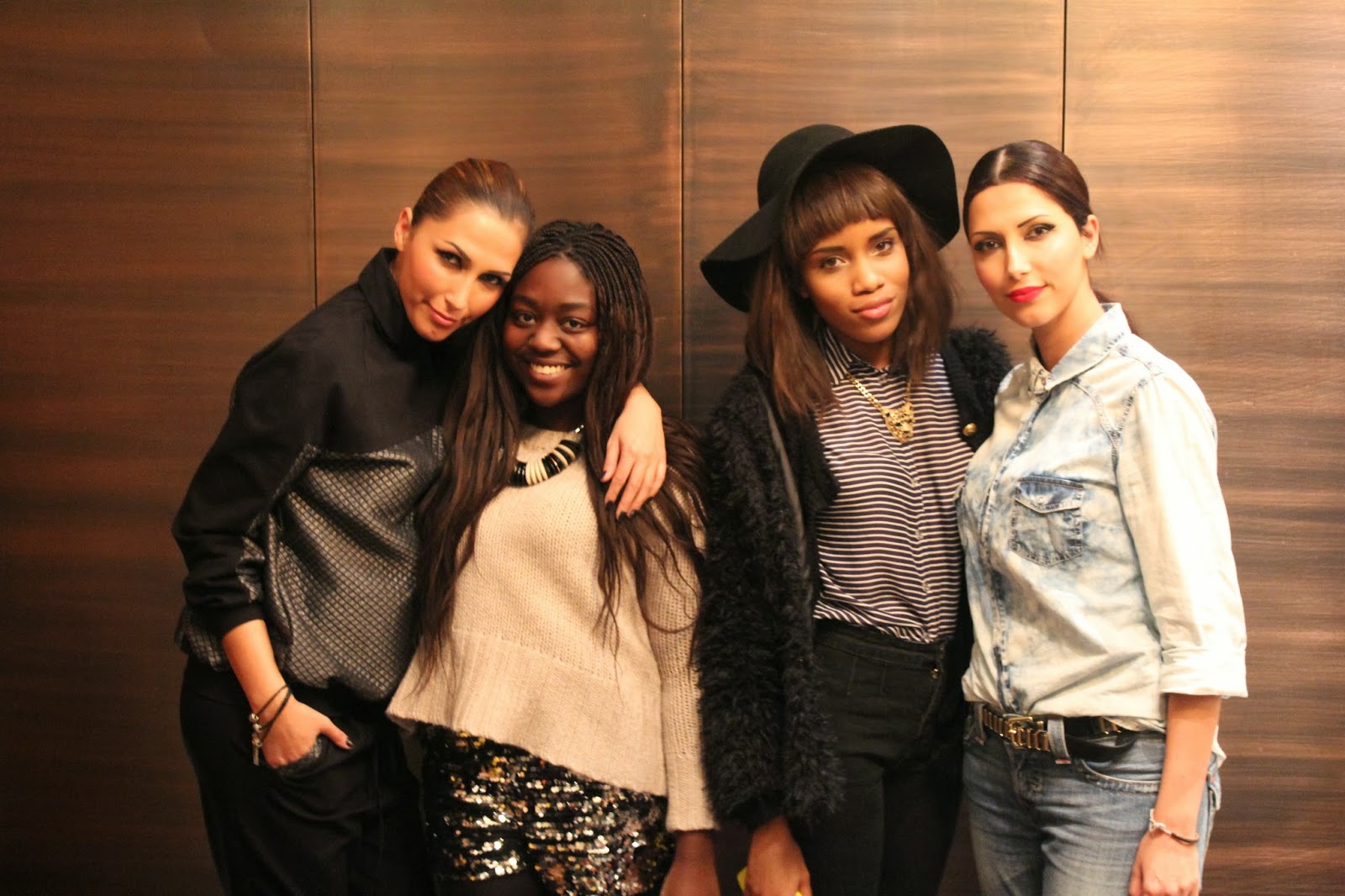 My first day of this season’s Fashion Week started with the ZEITmagazin conference from which I quickly rushed to Nokia‘s workshop with took place at the Stue Hotel (totally dreamy!). Reason for the workshop was the introduction of the new Nokia Lumia 1020 that has a 41 mega pixel camera and full HD video funktion. With a handful of bloggers all equipped with the Nokia Lumia 1020 we were ready to begin. Finally met Lu from Lu Zieht An (who btw is even more beautiful in reality) and Hai-Yen from Gisela is Back. Yay! The girls are sugar and super fun! The idea of the workshop was pretty cool. Nokia invited fashion designer Marcel Ostertag and Jila&Jale, you may know from Fashion Hero that aired on Pro7 not to long ago, to present some of their upcoming looks and designs. In a sort of private runway we sat there and snapped away, getting to try the camera out right away. 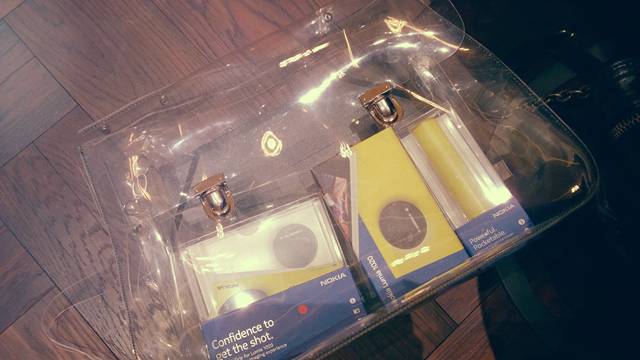 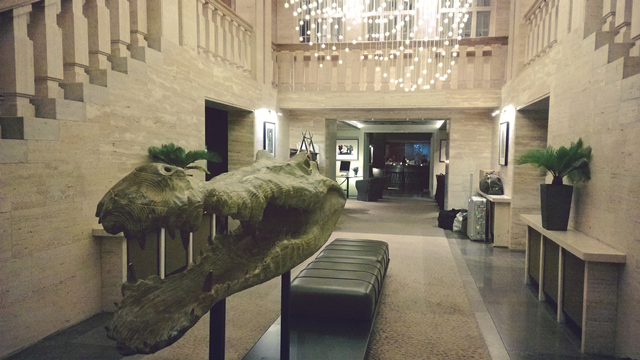 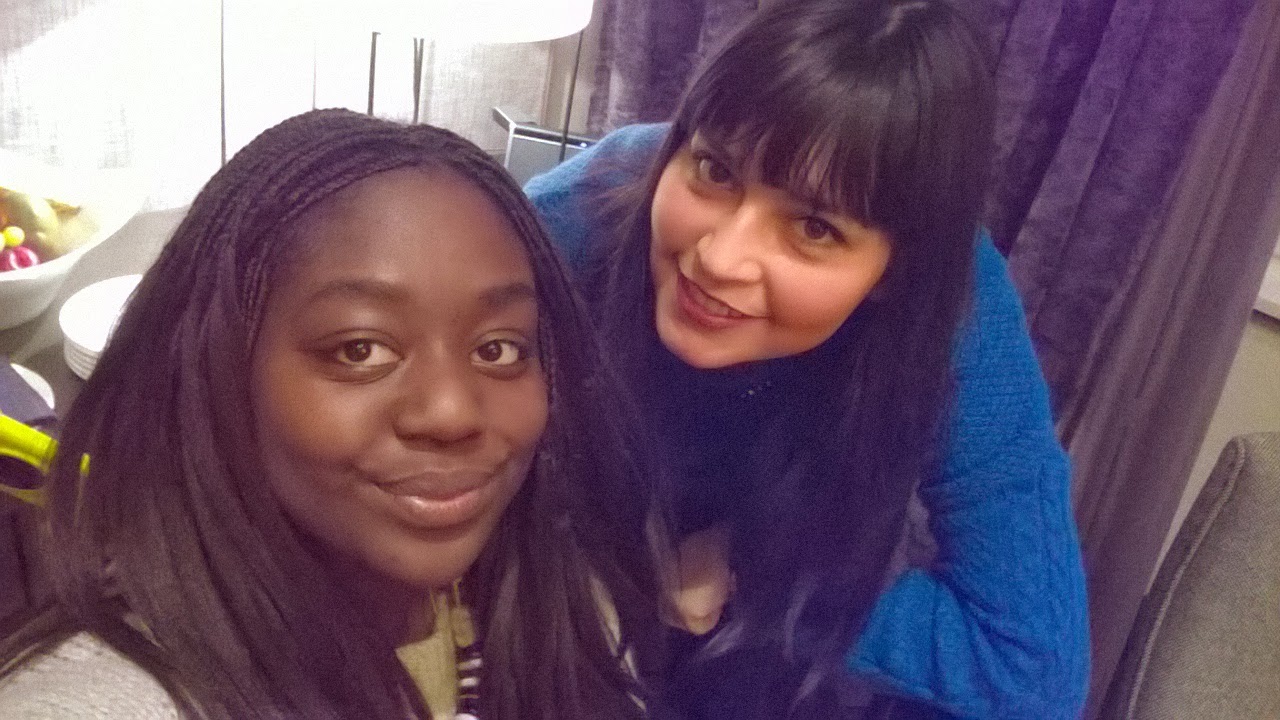 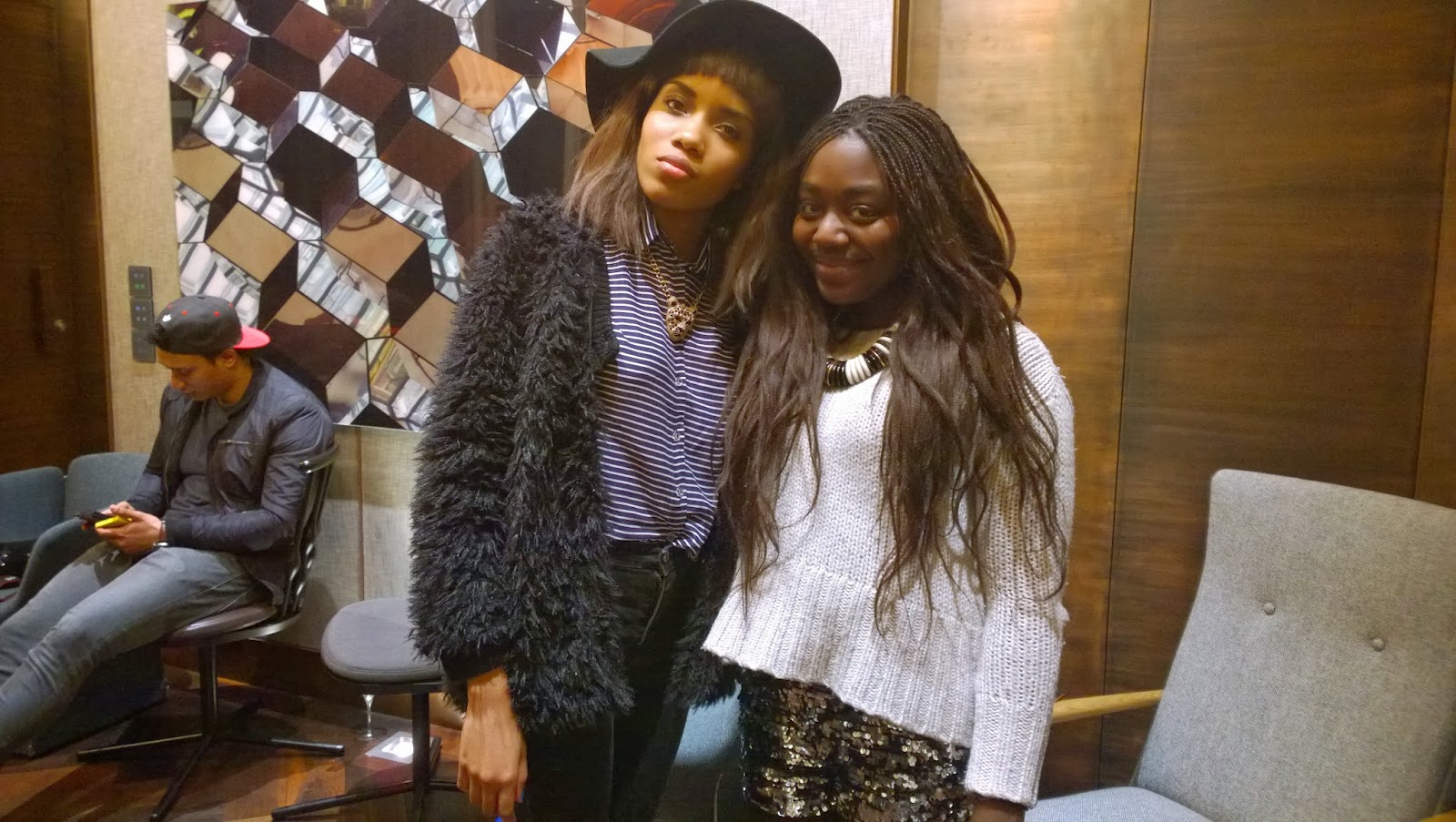 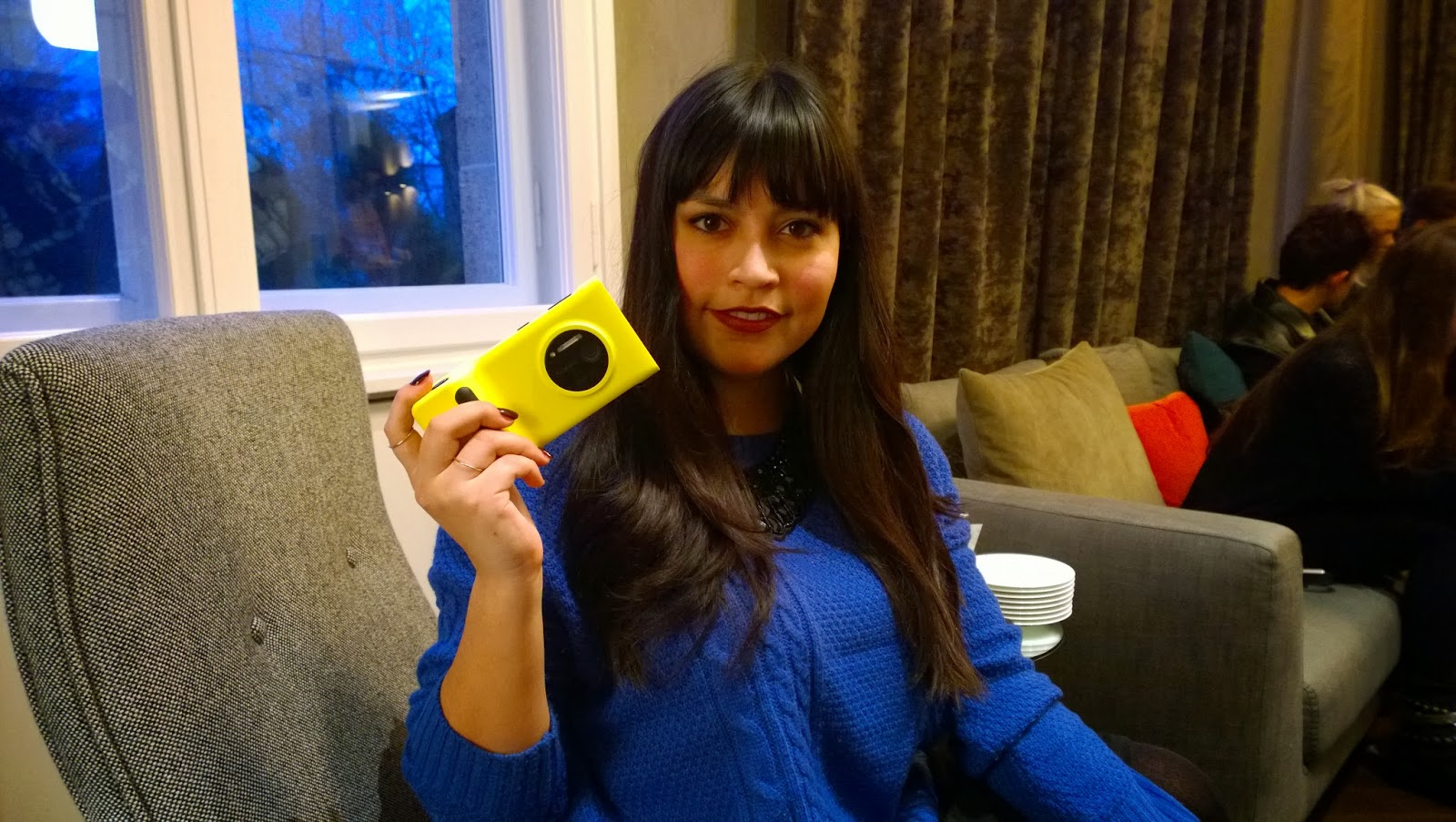 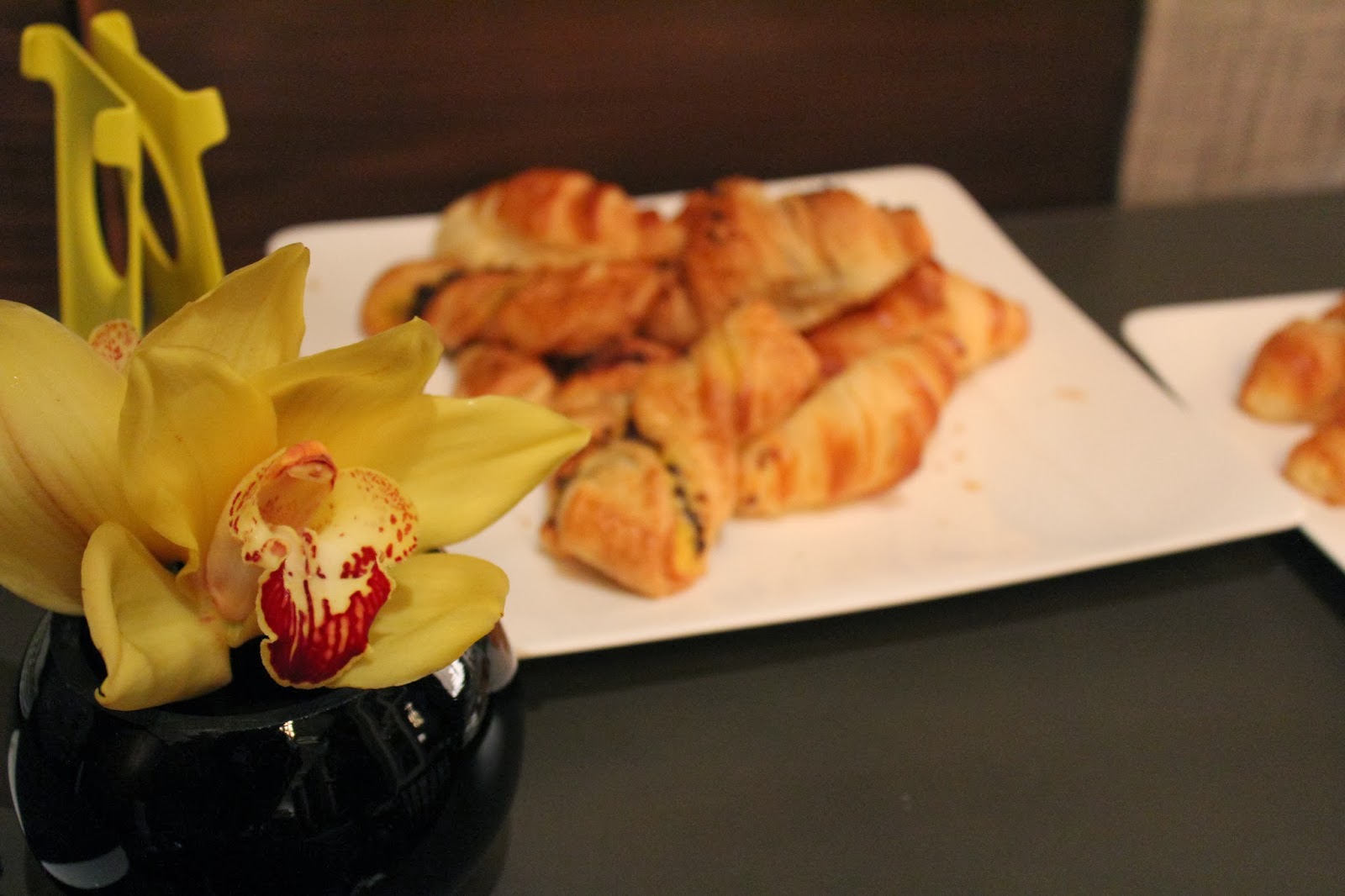 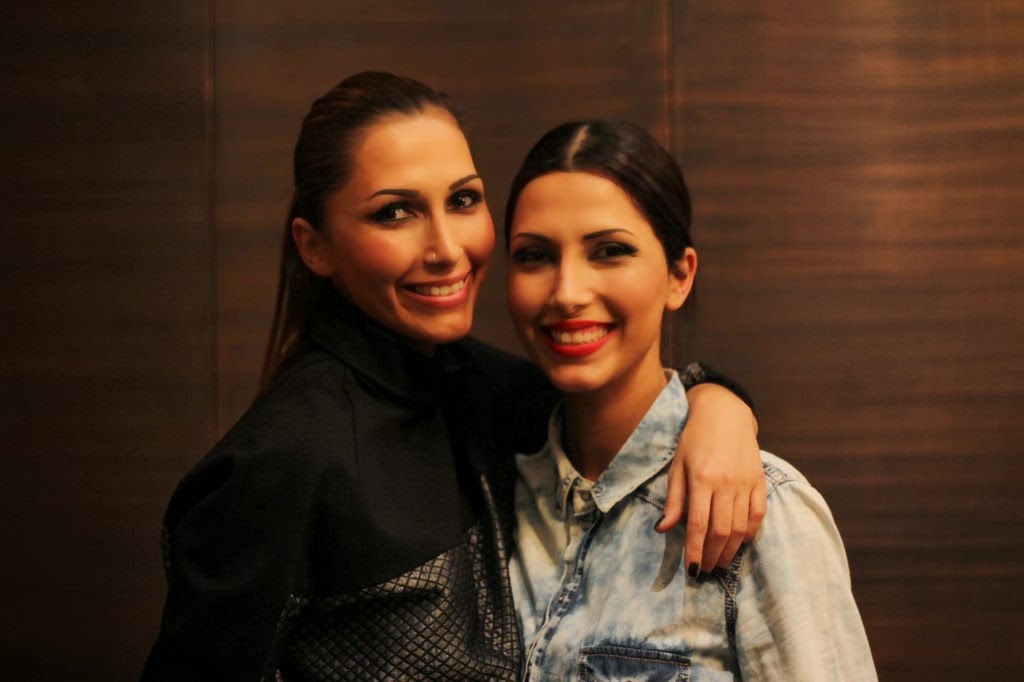 I first met Jila and Jale at the Fashion Hero Party and I’ve always admired Marcel Ostertag for opening and closing his own shows. He owns the catwalk when he does so! Back then Fashion Hero seemed pretty promising since it was different and a whole new approach to bring fashion to the masses and national TV. (You never saw this post, because Defne unfortunately deleted my all visual material.) Such a shame Fashion Hero flopped, but I guess Germans aren’t ready for anything that’s not cheap ass trash TV, fake drama or shows with people making a complete fool of themselves infront of national TV. Which is why I never watch TV and still shake my head at the two big ass flat screen 3D (wtf dad? what for??) plasma screens we have here standing at home no one hardly ever uses. Anyway I hope these girls make it big and maybe one day even have a show during Fashion Week. They’re young a fresh – quite literally so: they just finished their degree in fashion 2012. Plus I just happen to really really like them.
Marcel Ostertag 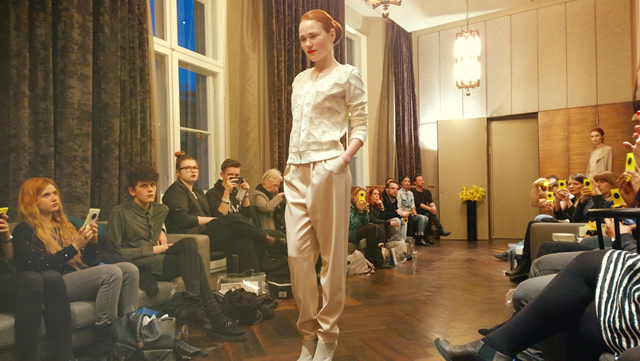 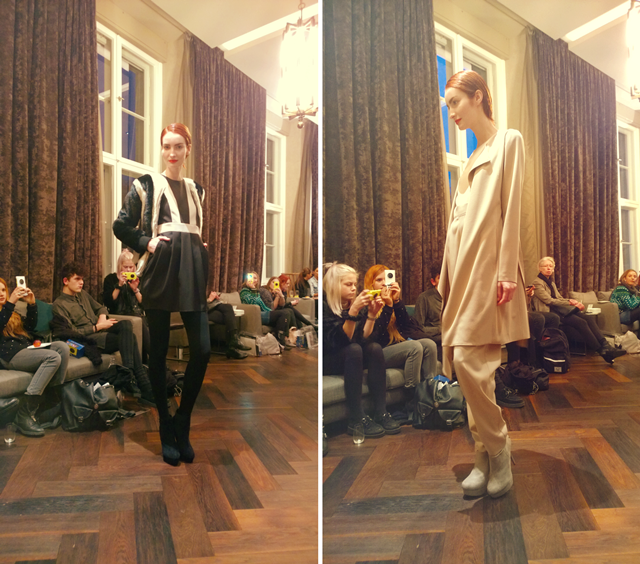 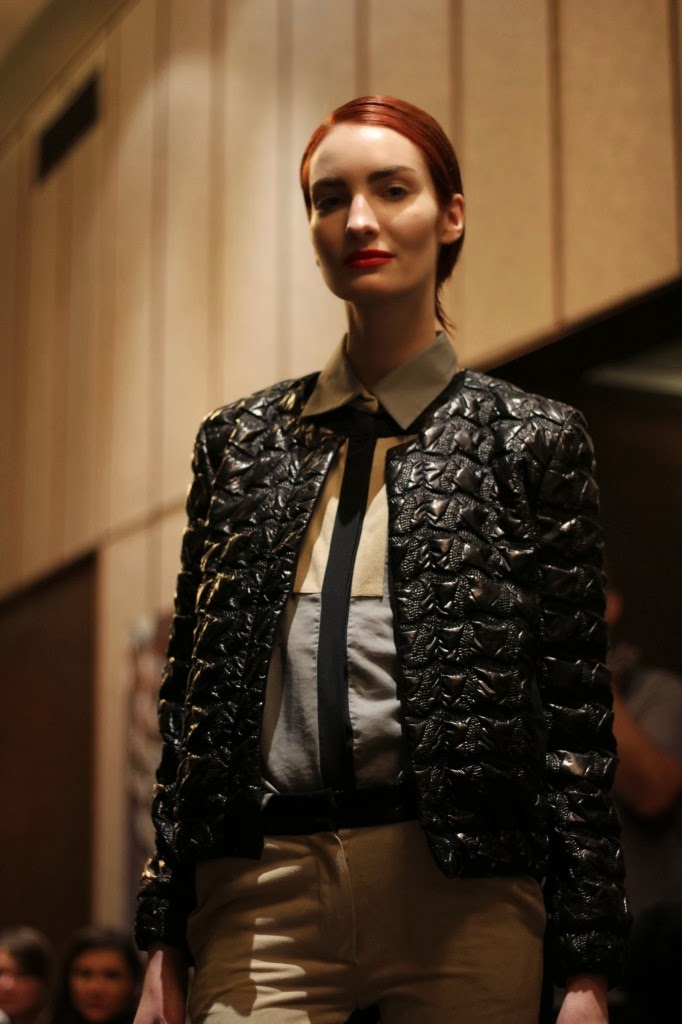 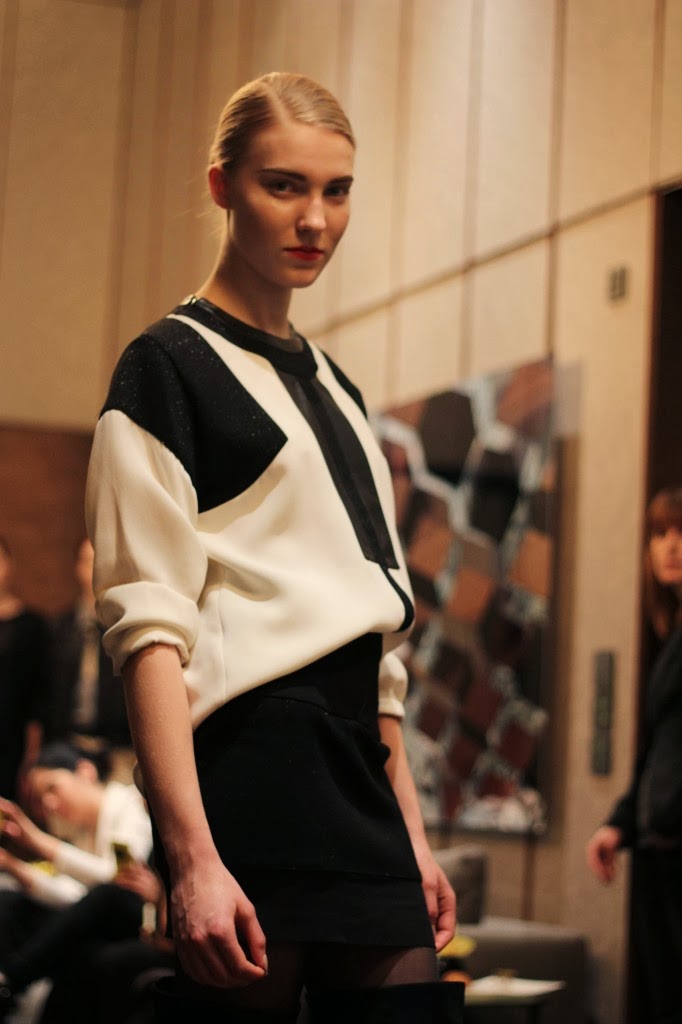 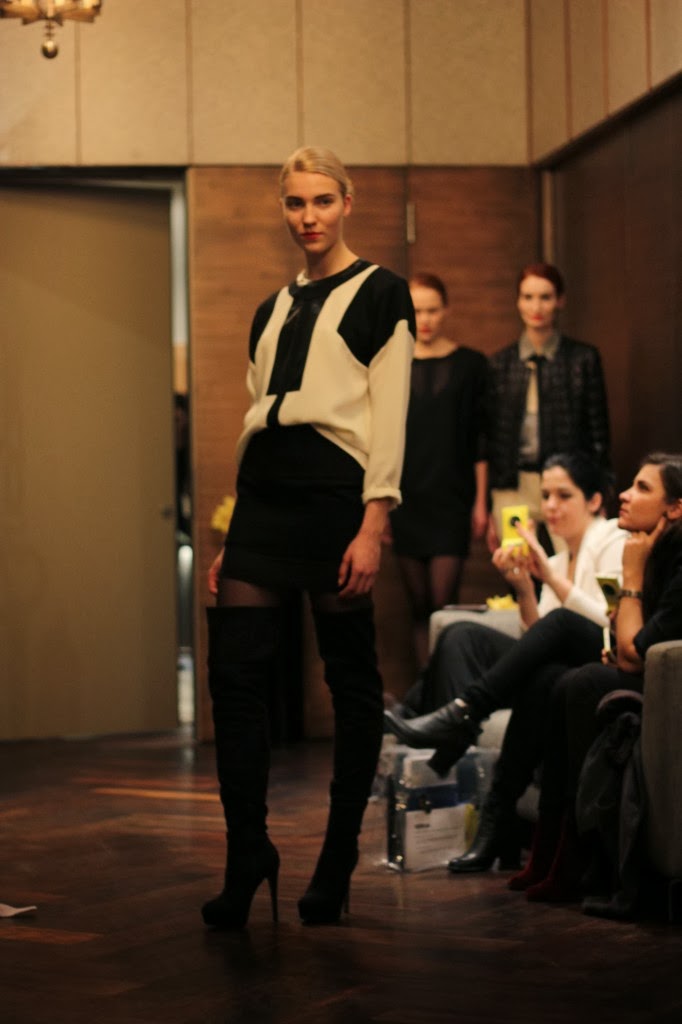 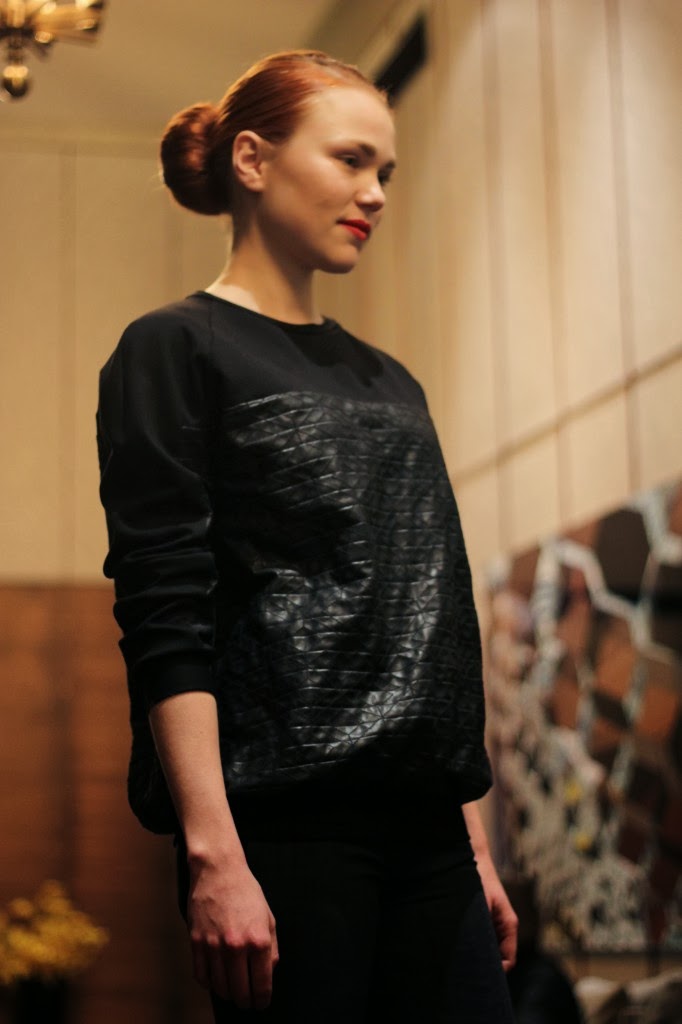 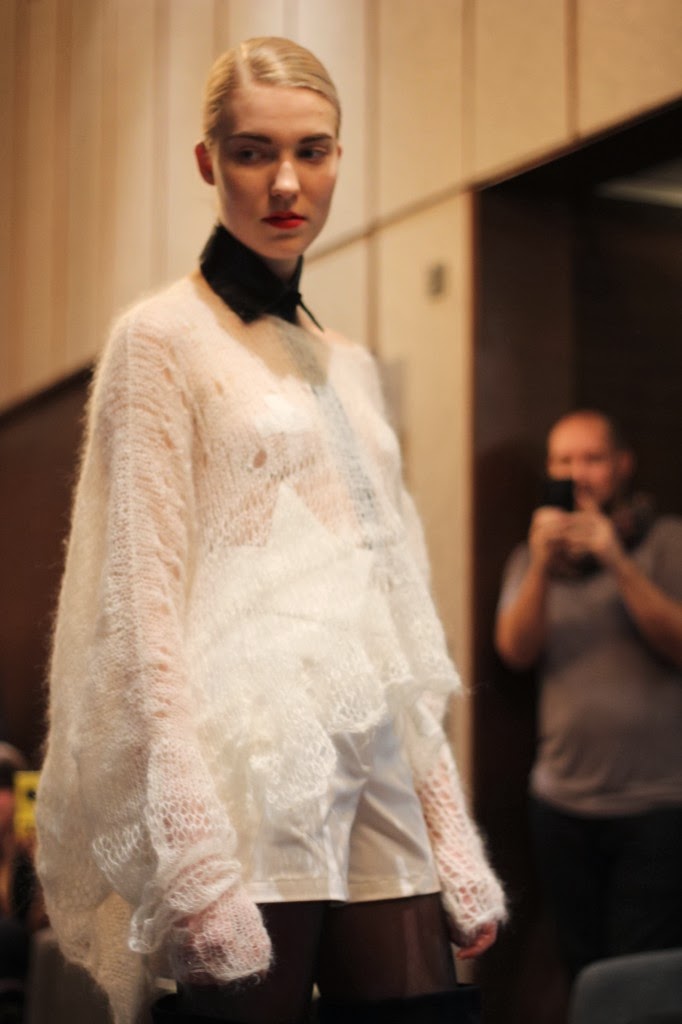 The looks all three designers showed were super gorgeous. I especially loved the nudes Marcel Ostertag presented. He was all about black and nudes and experimenting with new textures such as artificial turf. Meanwhile Jila&Jale where all about mixing different fabrics in one garment. Jila or Jale (I suuuuuck at telling twins apart!) looked stunning in her all black outfit which is one of their own designs as well.

Btw, no joke, I still think about that trousers Jila&Jale designed for ASOS and wish I had just pressed the “add to cart button”… 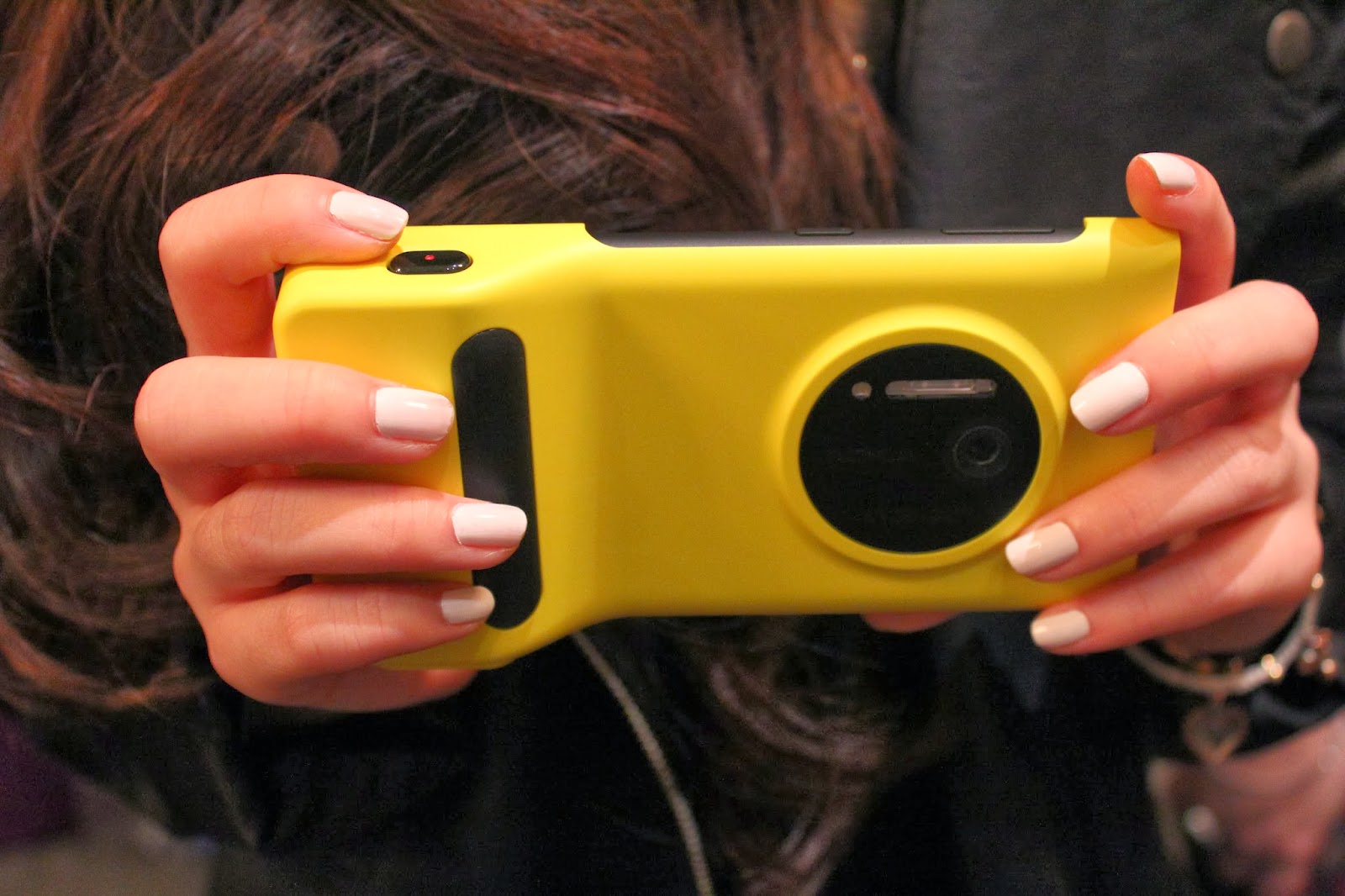 Would you believe me if I told you that the cover of the latest Blonde magazine issue and Ellie Goulding’s music video “How Long Will I Love You” was shot with this phone? Hello?? With a camera phone?! We’ve reached a time where cellphones have become more than cellphones, they’re smart phones and now the Lumia 1020 is catching up to be as powerful as cameras. During the workshop we all got a some more useful tools, I guess you can just purchase them in addition if you decide to buy the phone, such as depicted above which is a very handy camera grip you fix onto the phone like a case. 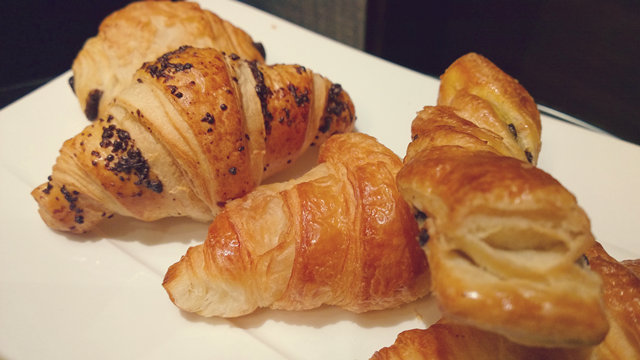 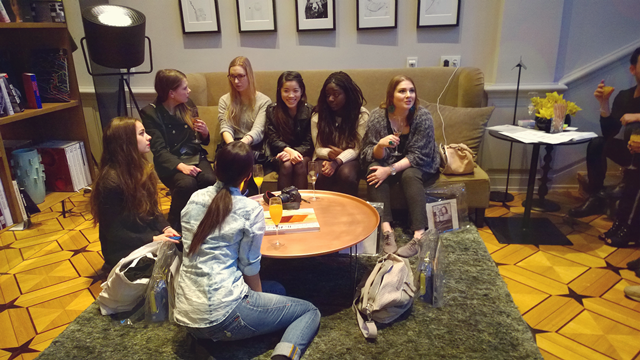 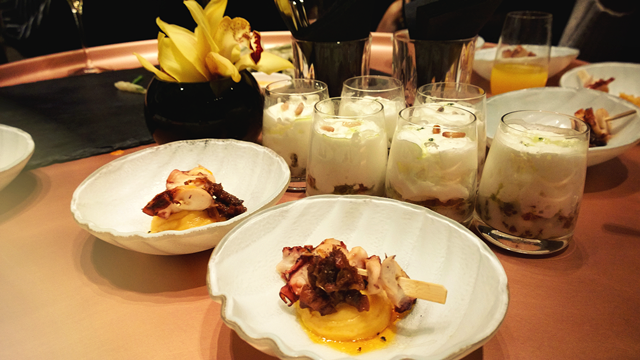 After the show we all gathered in the library for chats and drinks and food (really good food!) which brought the evening to a nice end.

I still need some time to study this phone. There are so many setting you can change such as the ISO and shutter time. Unfortunately my pictures turned out to be a very sad excuse as to what this camera phone is capable of. Most of them at least. But who said Rome was built in one day, right? Still got some time to play around with it and discover all its features. If not I’ll just have to extend my lease. Yeah such a shame I don’t get to keep this really cool phone… 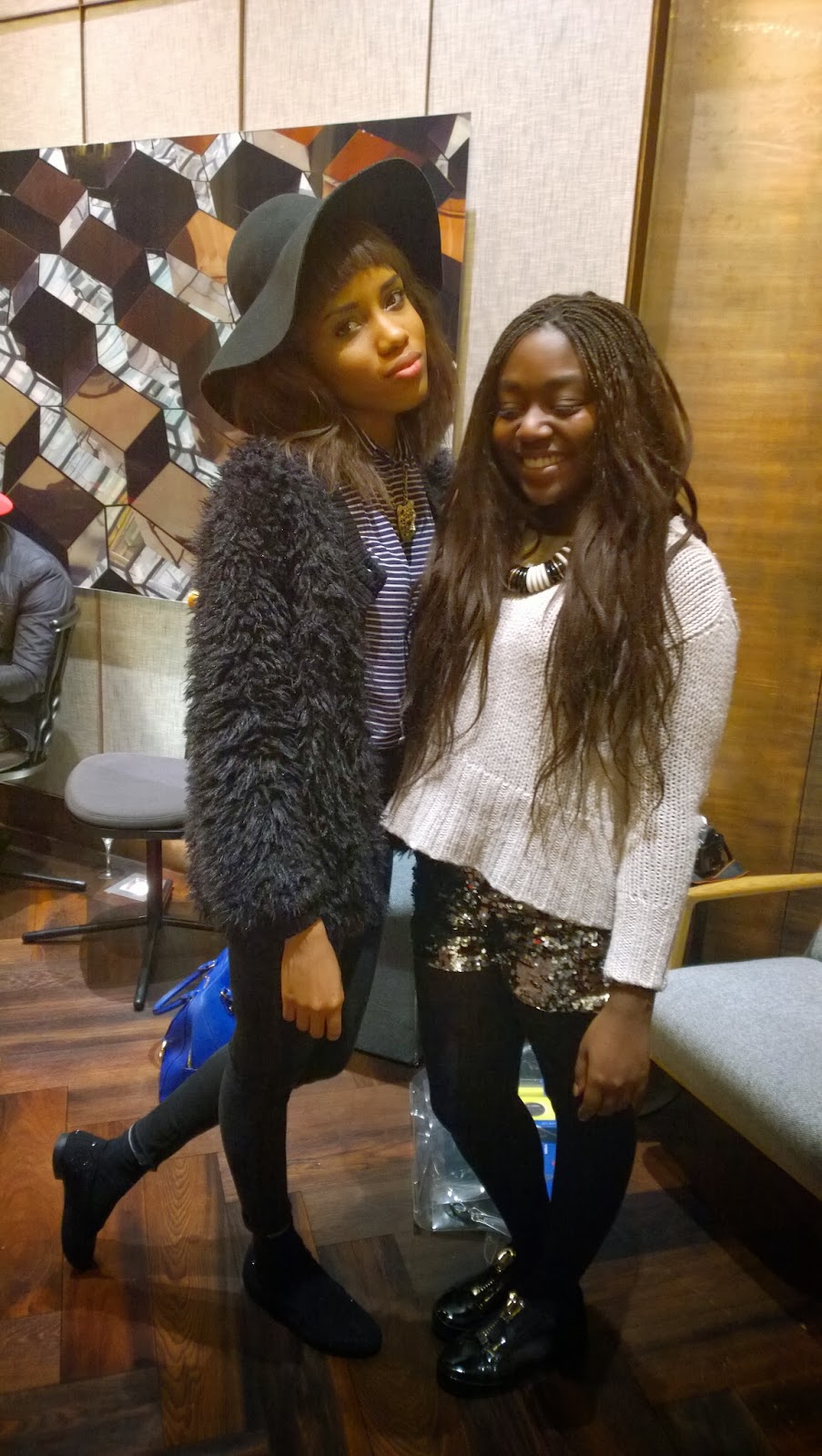